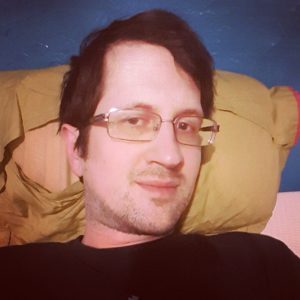 Damien always had a passion for theatre, improv, and roleplay. Born in Montreal, Canada with Asperger’s, he enjoys making voices and bring to life the characters of his favorite games. He found out that with his Asperger’s given acute sense of observation along with his passion of theater, he can give thorough descriptions of what he sees to those who can’t. His favorite games are visual games and turn based RPGs, but since he’s played from age 4 to his 40s and he touched pretty much all the genres under the sun, you could say he’s a geek. But since he fancies movies as well as board games, TV shows, music and anime as much as video games, without being inclined towards anything specific, they started to call him the Geek Generalist.