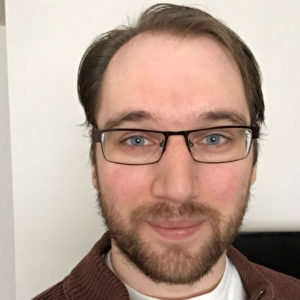 Brian is a scientist, dancer, musician, and occasional streamer who plays a wide variety of games, from old-school isometric RPGs to modern shooters and fighting games: at some point he’s tried it all. Most of his barriers in gaming are due to a neuromuscular disorder, so expect the occasional discussion of control schemes and inputs beyond default keyboard and mouse.  Brian’s current consistent stream is on Wednesday nights, when a group of folks new to fighting games learning Street Fighter with his (and others’) assistance show up for ft10s, with commentary provided by community members.